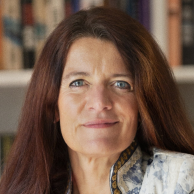 After obtaining her master’s degree in Dutch Law from the University of Amsterdam, Annerie Vreugdenhil started her career as Account Manager, Large Corporates with the Nederlandse Credietbank NV in 1987. In 1992 Annerie Vreugdenhil started at ING and held various positions, which revolved around maintaining and expanding relationships with clients in ING’s Wholesale Banking division, before being appointed as Head of ING Neo and Chief Innovation Officer in 2021. In the latter role she has been able to use her ability to see opportunities in all kind of situations, to challenge the status quo and to rethink services and processes. She is responsible for creating impact for ING with innovations, through buy, build or partner concept. Including responsibility for €300m Venture Fund and for the Labs in Singapore, London, Brussels and Amsterdam in which we work with start-ups and build our own start-up companies.

In 2000, Annerie founded and expanded ING’s Leveraged Finance team in the Netherlands. In 2006 she became Head of Corporate Clients Netherlands, a client group that consists of the listed and privately-owned large companies. In 2010, Annerie was appointed Head of Commercial Banking Netherlands and became a member of the board of ING Domestic Bank Netherlands. She was part of the team that designed and implemented the agile transformation. In February 2016 Annerie was appointed Global Head of Real Estate Finance within ING Wholesale Banking. In her last two roles she had successfully created new data and technology driven solutions for clients and ING employees.

In January 2018, Annerie was appointed Head of WB Innovation. In this role, Annerie was responsible for the innovation activities of Wholesale Banking, as well as the Advanced Analytics and blockchain team.